Wells Lyons at Rogue Industries is one of the most successful entrepreneurs in the small town of Standish, Maine. Using nothing less than the finest leathers in America, he designed and patented the front pocket wallet.

After being featured in the New York Times, Forbes, International Business Times, and GQ, Wells made over 400,000 sales—at the expense of working 70-hour weeks. 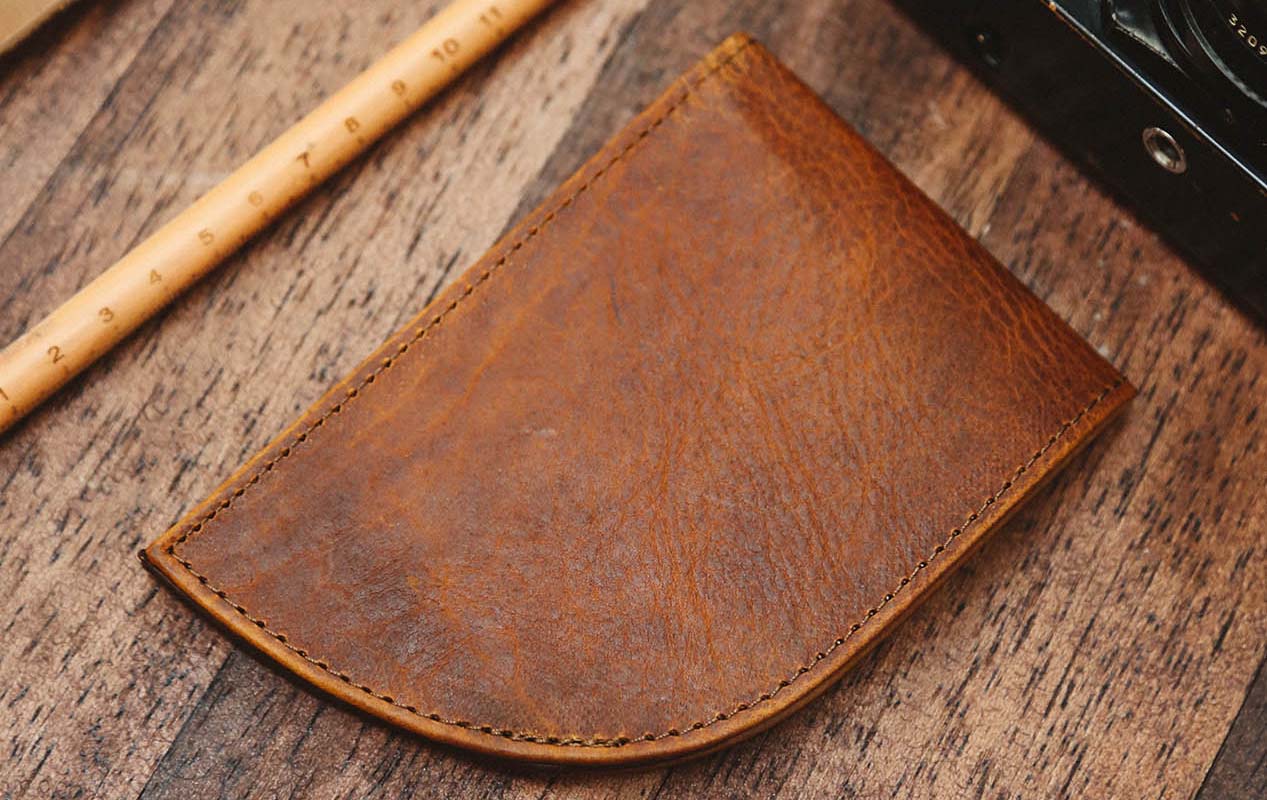 How we achieved amazing results for Rogue Industries 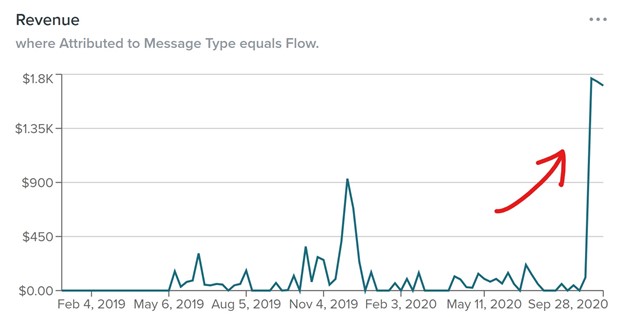 Within one month of signing on with Grab Digital and having his welcome series revamped, Rogue Industries saw a dramatic 30x increase in flow revenue ($55 /week to $1,700/ week). 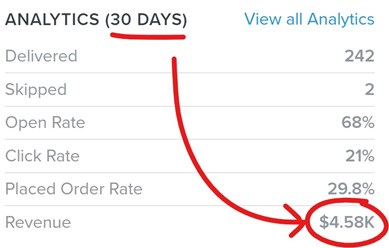 The single automated welcome email Grab Digital created for him is projected to increase his ARR by a minimum of $54,960—and that was only his first email!

Furthermore, Grab Digital redesigned and A/B tested his email signup form, increasing his audience capture rate by 12x, from 10 people per week to over 120 people signing up per week.

Rogue Industries’ total revenue from email marketing increased by a substantial 21% (from 1% to 22%) in their first month with Grab Digital. Needless to say, Wells was beyond pleased with these results.
‍
Not only did working with Grab Digital serve as a revenue powerhouse, the partnership also saved Wells an overwhelming amount of time.

As a full-time business owner, he had no time to work on learning email best practices, let alone strategizing, writing, and designing branded emails for his business. Grab Digital took care of every step in the email crafting process, from strategy-to-send.

Moving forward, Grab Digital aims to increase Rogue Industries’ revenue by a healthy 40% by the end of 2020.

Framed Tweets is an online store that curates a selection of tweets from celebrities, politicians, comics, and just plain old interesting or funny people, all printed on high-quality paper with archival ink and placed in an ornate golden frame.

In 2017, Zach Katz, a lighthearted musician and idea man, didn’t realize he was playing with a six-figure idea: “Framed Tweets.”
‍
It was as simple as it was genius. He would find a funny quote on Twitter, and frame it with a museum-worthy, ornate gold frame—“Your tweets, imagined as fine art.”
‍
The passers-by outside his NYC apartment adored his one-man stand, but more importantly, his Framed Tweets. Zach saw this and wanted to make more than a few neighbors laugh; he wanted to bring the whole world laughter so he took his business online.
‍
Within two years, his side hobby skyrocketed into a $300k per year business. 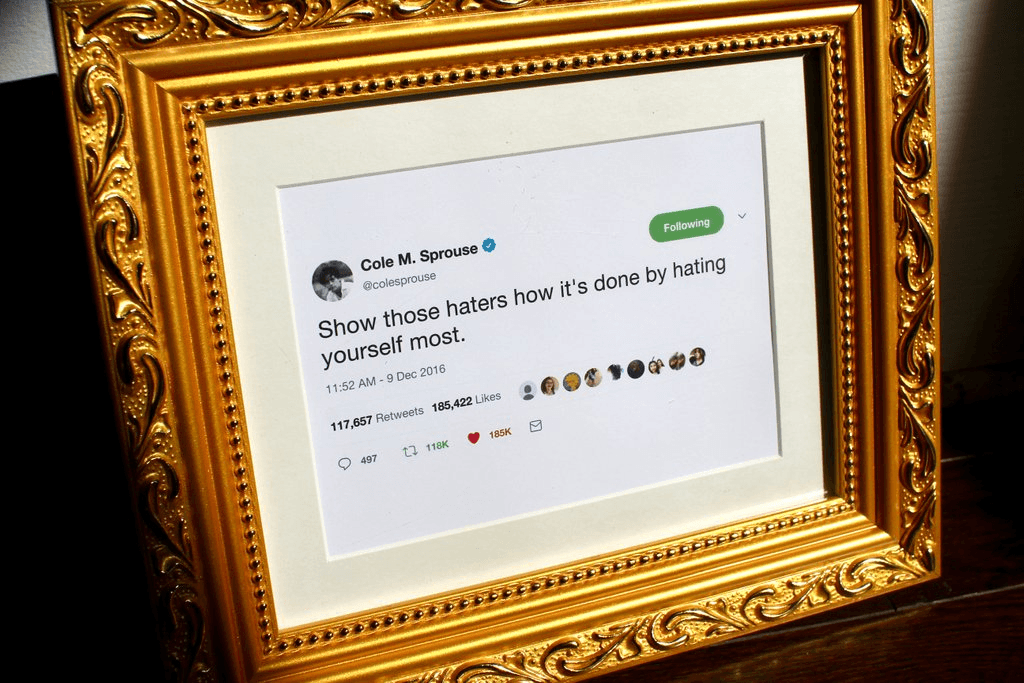 Finding a way to scale beyond word-of-mouth

As Zach’s business grew, he encountered his first big problem: his sales were capped by word-of-mouth marketing because every customer was unique. In other words, customers would buy once and never shop again from him.

This crippled his customer lifetime value, and he had trouble pinpointing his target audience using ads because of their wildly diverse demographics. Their political views, salaries, locations, and buyer personas were on all ends of the spectrum.
‍
This was Zach’s biggest roadblock, and his growth plateaued.

“After this business took off, I realized its enormous potential to scale if I could reach my target audience… but I couldn’t. Ads, shares, and likes couldn’t break me out of ‘survival mode.’ Everything I tried seemed like a dead end.”

Zach needed a long-term growth strategy that would help him reach his audience and scale his business.

“My business sells one product with many variations, so my targeted ads would only reach a handful of people before failing. They were a waste of my time and money. I didn't know what to do, but Grab Digital did”
‍

Before discovering Grab Digital, Zach was not familiar with the nuances of email marketing. As a novice, he tried using the stock email templates provided by CM Commerce, an email automaton for eCommerce stores.
‍
The results? Negligible. With a measly 0.05% conversion rate, Zach’s confidence in email marketing was quite low to begin with. Luckily, he didn’t give up, and looked for an email marketing agency that would fit his needs.

“To be honest, I picked Grab Digital because they had much lower prices than other agencies and required basically no commitment. It was a great starting point for me to get a sample of professionally-made emails with a minimal investment.”

Zach started with Grab Digital’s "Full Service" plan. He connected with Jasper, co-founder of Grab Digital, who mapped an email strategy based on Zach’s blind spots.

“Jasper surprised me. I explained to him that I had difficulty reaching customers outside word-of-mouth marketing; rather than agreeing with me that it was a weakness, he explained that he would develop an email strategy using its weakness as a strength.”

Jasper and his team built referral, survey, and upsell emails in accordance with Zach's requests. This way, retargeting and word-of mouth marketing would be used to Framed Tweets’ advantage. In short, people liked Zach’s products, but never had a reason to talk about them. A successful email campaign would give them that reason.

The results were immediate and, for once, successful.

Not only did the emails’ performance thrill Zach, they restored his confidence in reaching his audience. He would finally be able to reach them with personalized emails based on their buying patterns, and incentivize them to share their own favorite tweets with their close friends. The wind was back in his sails.

“The biggest business mistake I’ve ever made was not investing into email marketing earlier.”

A 3300% Return on Investment, Happily Ever After

By the two-week mark, Zach’s understood that his emails, once implemented, would work for him until the end of time.

His jump in open and click-throughs meant a continually increasing stream of buying customers that would be connected directly with his campaigns,. He would no longer have to spend a single penny looking to buy ads elsewhere.
‍
The resulting growth in revenue was massive: Before email marketing, Zach earned $120 per year. After email marketing, he was earning a cool $33,000 per year, or $2,750 per month.

“I’m impressed with the professionalism, quickness, and the touch of magic Grab Digital displayed in working with me, but I’m beyond impressed with how they managed to increase my total business revenue by 22% in 2 months. They gave me a full tour of their processes, but I was still speechless.”

Though Zach later went off to sell his business for six figures in order to travel the world, he disclosed that he would gladly hire Grab Digital for his next big idea.

“Without a doubt, I will get in touch with Jasper and Grab Digital next time I have a million-dollar idea. Their work is indispensable, and I can’t recommend their services enough to any online store."